I was blessed to have the Lima News' Mature Readers' Magazine do a cover article on my ski accident.  The writer, Christina Ryan Claypool or I had no clue it would become the cover story.  Feel free to call me or Email me if you have any questions about this experience. 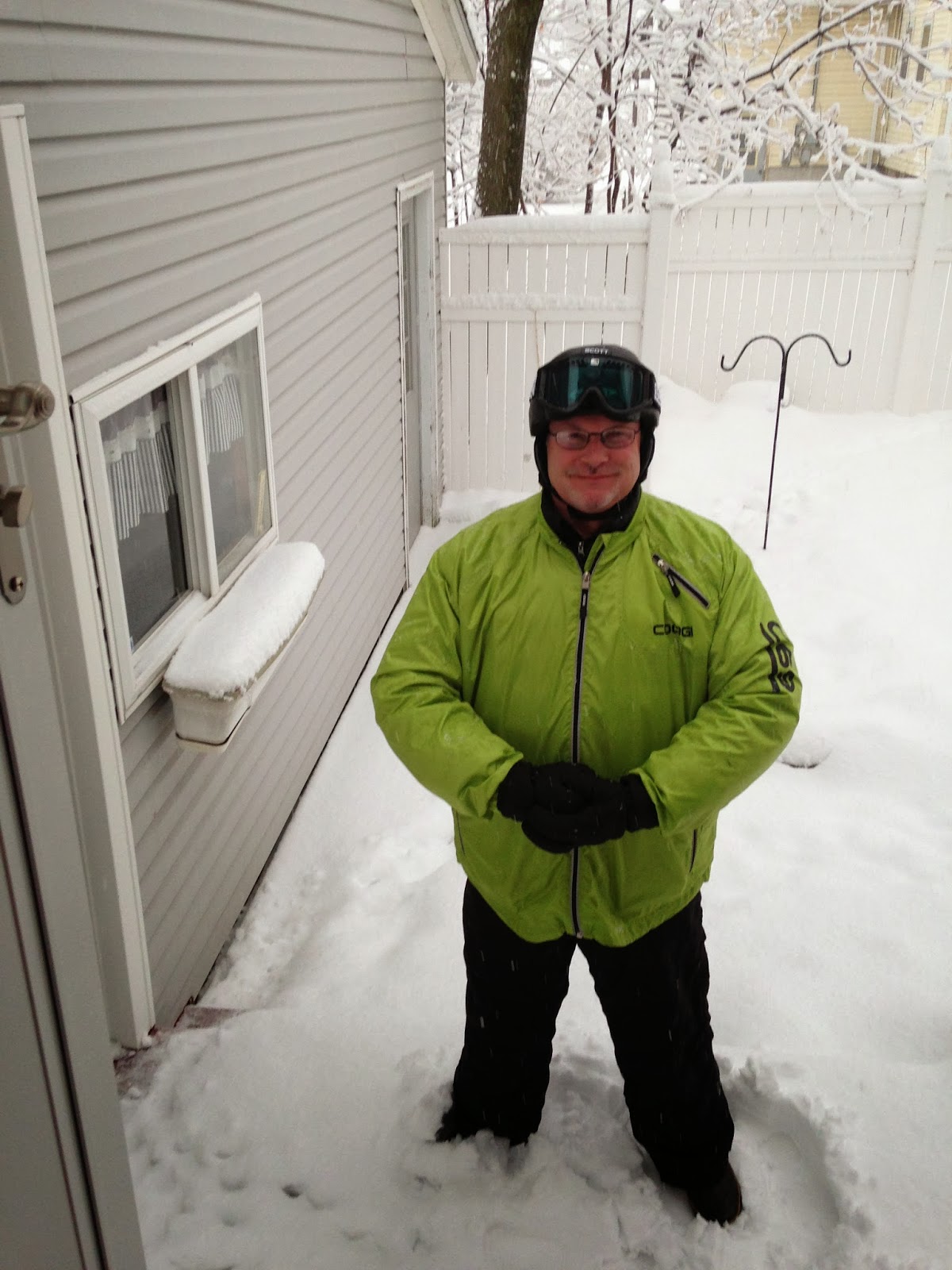 It's Jan. 5, 2014, Sunday evening about 5:30 here in Van Wert, Ohio.  The "near" blizzard of the decade has come, so, no church tonight!  I have cabin fever, so, I put my ski clothes and snow boots on and went jogging.  You can't see it, but it is snowing to beat the band!  I'm loving it!  Last Thurs. night, I went out about 10:30 pm and shoveled our steps and sidewalks in the dark.  Then, Fri. night, I went jogging out in the dark in our neighborhood!  Before I retire tonight, I will lift weights!

Not saying all this to "brag" about living like a 28 year old when I'm two months from being 61, but rather just to say how THRILLED I am to be healthy and alive!  I live for winter.  I know the Lord made heat and summers too, but, my opinion is that's to remind us how awful and how hot hell will be!  Praise God the temps finally dropped below freezing in the fall, and we were able to say GOOD BYE to mosquitoes, flies, gnats, and those little black bugs that bite like the devil during harvest season here!  (Not a lot of snakes up here, but the few we do have are now out of site too!  Praise God)!

But I had to get back on the same horse that bucked me off, so last year, I skied once in Ohio and twice in Colorado!   (Thank the Lord, I did not fall even once, but, I DO SKI MUCH SLOWER NOW)!

I guess my sermon in all this is if all I could do at my age would be to sit in a rocking chair or a wheel chair and watch other people drive, jog, and ski, I'd rather just go to heaven.   Honestly, I feel like my desire to exercise and stay active not only helps my health, but is a huge help with my stress and gives me a great gusto to live and love life more!

So, let me challenge you to get out and walk, jog, go to the gym, ski, or when the snow melts, BUY A BIKE AND START RIDING IT!  I used my new iPhone flashlight to evade the pot holes in the roads tonight, and just for the adrenalin rush, I wore my ski helmet, goggles and ski jacket while jogging in the blizzard!

Oh, and the look my wife Coletta gave me as I was leaving the house to jog?  I told her while I strapped my helmet on,  "Don't worry, no one in the neighborhood will know who I am!"  I think after the door shut she probably said, "Yes they will!"

But, she liked the giant heart I stomped out in our snow in the backyard when I returned tonight!  I brought her back to the kitchen window and showed it to her and said,  "This is for you!"  :-)

Life's a blast if you just keep getting up and go!  Try it!  You might just like it!  And who knows, your spouse and dog might need you to get out of the house tomorrow anyway!

I'm Jim Burns and that's "SOMETHING TO THINK ABOUT!!"

Missionaries Hit by Typhoon in Philippines 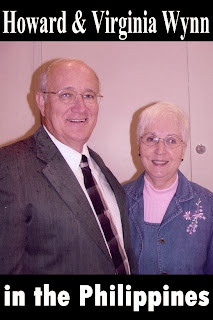 
The Wynns and their son, John and his family's homes and vehicles were all destroyed in the Typhoon.  They lost everything but their lives, and one of their church families drowned last Friday.

Their Sun. School and Christian School Ed Building at their church was destroyed.

Their adult son, John, who is overseeing their ministry with a wife and 3 young children are trying to find a way to Manilla so they can be where there is needed food, pure water and clothing.  They are in the home of a national Philippine (mission staff member), but are basically "trapped" in Tocloban, where food and pure water are very scarce now.  They are desperate.

Much prayer is needed.   I just got off the phone with Howard and Virginia and he said it is the biggest trial of his life after 47 years of gospel ministry.  They have been in Tocloban for 36 years now.   Their church is only 3 miles from the city airport that was wiped away.

In 2006, my wife and missionary son, Aaron and I visited this mission and I have preached in this church.  We were there for a week, and it is a solid, soul winning Baptist ministry.  They had the finest Christian School on the island, and now with no facility and no tuition coming in and students who have lost everything, the school cannot function.

A fund has been set up for tax deductible gifts to help them rebuild.  Please contact me if you wish to have their  giving address.  ALL GIFTS ARE TAX DEDUCTIBLE! 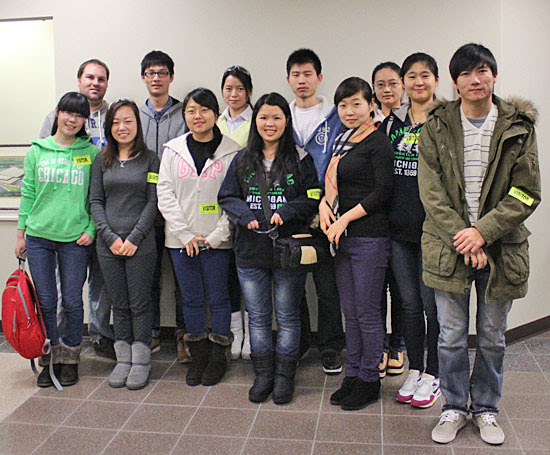 A Little History of Gun Control


In 1929, the Soviet Union established gun control.  From 1929 to 1953, about 20 million dissidents, unable to defend themselves, were rounded up and exterminated.

China established gun control in 1935. From 1948 to 1952,  20 million political dissidents, unable to defend themselves were rounded up and exterminated.

Cambodia established gun control in 1956.  From 1975 to 1977, one million educated people, unable to defend themselves, were rounded up and exterminated.
Defenseless people rounded up and exterminated in the 20th Century because of gun control: 56 million.  You won't see this data on the US evening news, or hear politicians disseminating this information.
Guns in the hands of honest citizens save lives and property and, yes, gun-control laws adversely affect only the law-abiding citizens.
Take note my fellow Americans, before it's too late!
The next time someone talks in favor of gun control, please remind them of this history lesson.
With guns, we are 'citizens'. Without them, we are “subjects.”

During WW II the Japanese decided not to invade America because they knew most Americans were ARMED!
If you value your freedom, please spread this antigun-control message to all of your friends.

SWITZERLAND ISSUES EVERY HOUSEHOLD A GUN!
SWITZERLAND'S GOVERNMENT TRAINS EVERY ADULT MALE BETWEEN THE AGE OF 20 & 34 THE PROPER USE OF A GUN AND THEN THEY ISSUE A RIFLE TO EACH MALE CITIZEN IN THEIR COUNTRY IN EACH HOME.
SWITZERLAND HAS THE LOWEST GUN RELATED CRIME RATE OF ANY CIVILIZED COUNTRY IN THE WORLD!!!  IT'S A NO BRAINER!
DON'T LET OUR GOVERNMENT WASTE MILLIONS OF OUR TAX DOLLARS IN AN EFFORT TO MAKE ALL LAW ABIDING CITIZENS AN EASY TARGET.
Spread the word everywhere you can that you are a firm believer in the 2nd Amendment!

It's time to speak loud before they try to silence and disarm us.
You're not imagining it, history shows that governments always manipulate tragedies to attempt to disarm the people~

Here's the list of all the victims from yesterday's heartless shooting in Connecticut.  Please pray for the parents, grandparents, family members and friends of these precious souls that were murdered yesterday.

All six adults killed at the school were women.  Of the 20 children who were shot to death, eight were boys and 12 were girls.  All the children were ages 6 or 7.

Per Snopes:  this is true and in November of this year a Federal Judge up held Obamacare and told HL to comply.....
http://www.snopes.com/politics/medical/hobbylobby.asp

Jim C. Burns
Born in Hutchinson, Kansas, raised in Burrton, Kansas, Bachelor's from BBC, Spfd. MO, Masters from BJU in SC. Wife, Coletta was raised in Marion, Ohio. Married June 18, 1976. We have served together in the ministry in Washington, D. C., WV, KS and now Ohio. Pastor at the Liberty Baptist Church in Van Wert, Ohio.